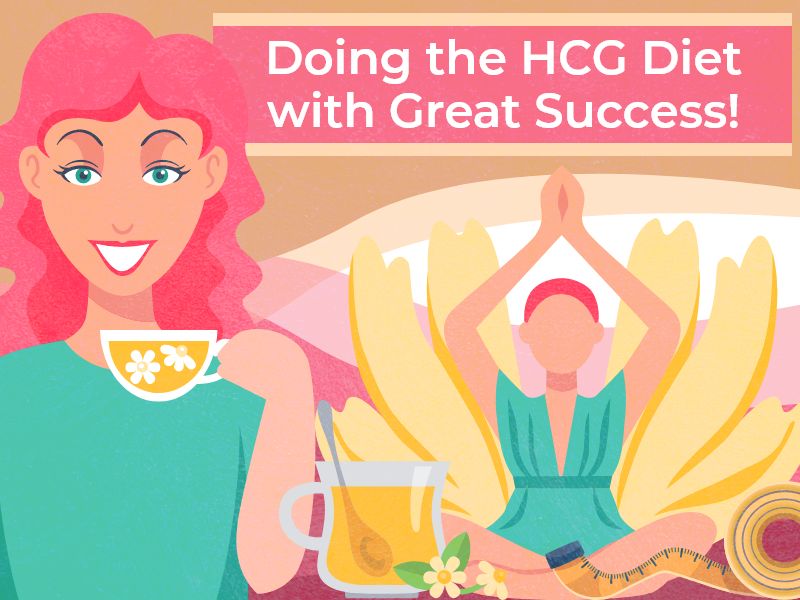 Tanya started her journey with the HCG Diet at 225 pounds and has achieved an amazing weight loss result after her diet. She initially set an 11 pounds goal for her first round but has lost way more than her initial goal.

Here are her vitals:

Tanya has never been obese in her early 20’s but things changed have when she turned 40. She always considered herself to be athletic and fit. Though she had a major sweet tooth as a kid she has never been obese. She just hovered in the realm of being chubby and cute. Through constant exercise and proper diet, she managed to keep herself from being obese and even slimming down to size 8 in her early 20’s. She can eat a whole lot of doughnuts or eat a pint of ice cream in one sitting.

Her weight started to creep up when she got married and get pregnant with her eldest daughter in 2005. She started trying quick fixes like doing a crash diet and few of them worked. She’d lose a few pounds but eventually gain back double the moment she stops. She got pregnant again after 2 years. Since then, she became so busy with both family and work. She was so busy tending her family that she had no time for herself. Her weight continued to creep up to 225 pounds without her taking notice of it.

She only realized things have gotten out of control when she no longer had the same energy that she used to have. She easily becomes exhausted and felt drained at the end of the day. She thought that everything was just normal but when she consulted her doctor she was alarmed with the result. Her blood cholesterol level was high, her sugar level was above normal and her blood pressure wasn’t also normal. Things have gotten out of control and she blamed herself so much for letting it happened. Her used to be dress size of 8 from her early twenties was now doubled. Most of the time she’s wearing an oversize shirt when at home and avoid those fitted ones because she looks like a caterpillar in it.

Tanya was advice to lessen her carbs and sugar intake as well as fat intake. Along with controlling her food, she was also told to do some work out to lose weight. She has tried to do what was told but it was too hard for her not to get hungry. Cutting out on carbs was way too difficult for her as it was giving her constant headache. Her carb withdrawal symptoms were getting uncontrollable that she had no choice but to consume carbs back into her daily meal.

Tanya tried different promising weight loss program and would only lose a little to none. She would lose 2 to 4 pounds but gained all back after stopping the diet. She tried taking diet pills and diet shake but it didn’t work for her. She tried eating a low carb diet but she’s hungry throughout her low-calorie diet. She tried combining both diet shakes and pills with the workout but still, she’s not losing any weight. She felt upset and hopeless until she did the HCG Diet.

She found out about the HCG Diet from a friend at work who has been successful too on the diet. Her friend did the diet ahead of her because she was hesitant at first. She was afraid and hopeless that things will end up just like the other diets she did. However, after seeing her friend loss pounds each day she became motivated. She was astonished by her friend’s weight loss result. So she ordered for a one month kit (with high hopes that she would lose at least 11 pounds on the first round) and started the diet right away as promised.

Tanya was so satisfied with the result. She has used HCG with great success! Her initial goal was to lose only 11 pounds but she was able to lose 30 pounds in her first round and another 25 pounds on her second round. After just 2 rounds, she lost several pounds and inches over her entire body, especially in her butt, legs, thigh, and arms. Whenever she looked at her old picture she can tell how great she looks now.

She was successfully keeping her weight off for the last 8 months. She has lost weight on the right places and her body fat was converted into energy which gives her a rapid boost despite consuming only 500 calories a day for several days. She hadn’t suffered from starvation despite a very low calorie diet. She had a major wardrobe makeover after doing the second round of the HCG Diet. She changed those double XL size dress into smaller ones. The best thing for her with doing the HCG Diet was that she lost nothing off her boobs. It’s mainly off her butt, thigh, hips, and arms. Losing several pounds makes her feel great and sexy again. 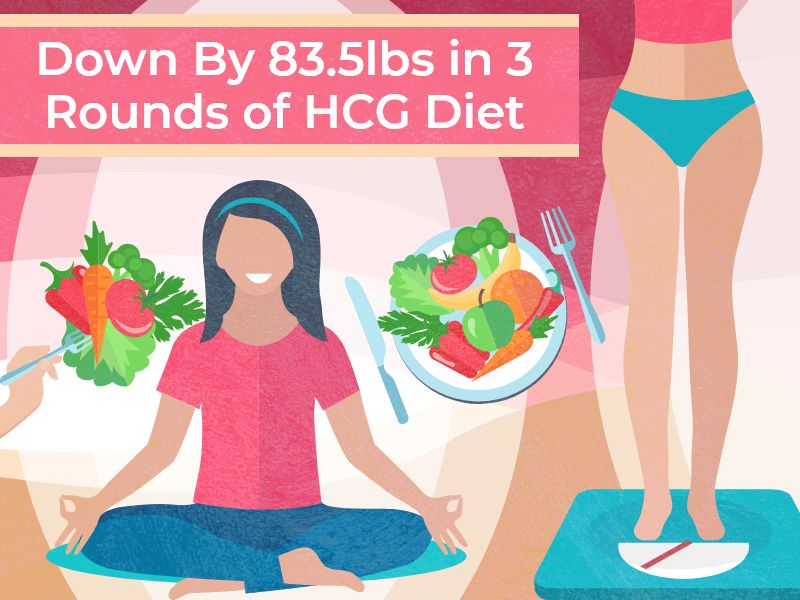