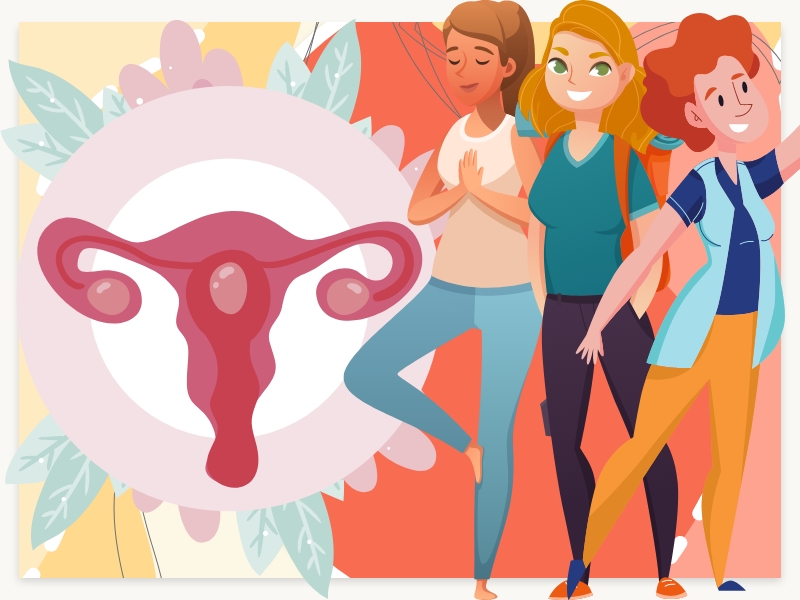 Ovarian cancer is known to be the seventh most commonly occurring cancer in women globally. This cancer causes more deaths than any other type of female reproductive cancer.

Certain risk factors increase the risk of developing ovarian cancer, one being age. Even though the cancer risk increases as a person gets older, it is still possible to develop cancer at any age.

Ovarian cancer is rare in girls and young women between the ages of 15 and 19, but it can occur. This cancer has four major types; germ cell tumors, epithelial tumors, small cell carcinoma, and stromal cell tumors. The most common type found in teenage girl and young women are germ cell tumors which typically affects the one ovary. Germ cell tumors do not occur any noticeable symptoms in the early stages, some patients have abdominal and urinary symptoms. Fortunately, this type of cancer tends to have a good prognosis when treated.

Risk of Developing Ovarian Cancer at a Young Age

Ovarian Cancer in the 40s

A majority of women diagnosed with ovarian cancer are 55 years of age and older, and nearly half are 65 years of age or older, with 63 the median age at diagnosis. Menopause typically begins around age 50, but those who begin menopause after age 55 may be at a higher risk of developing ovarian cancer. A total of 24.7% of new cases of ovarian cancer were diagnosed in people aged 55-64 between 2014 and 2018.

Ovarian Cancer in the 70s and Older

Unfortunately, individuals who are elderly and frail with ovarian cancer have a significantly worse prognosis. As a result, older women are likely to present with advanced disease and are less likely to be offered chemotherapy and radical surgery. The rate of ovarian cancer deaths is highest among women ages 65-74.

Lowering Your Risk of Ovarian Cancer

Ovarian cancer cannot be prevented, but certain medical choices may reduce your risk of developing it.

It’s important to keep in mind that there are risks and benefits associated with each of these measures, so it’s important to discuss ways to reduce risk with your doctor.