What Does HCG Hormone Do? 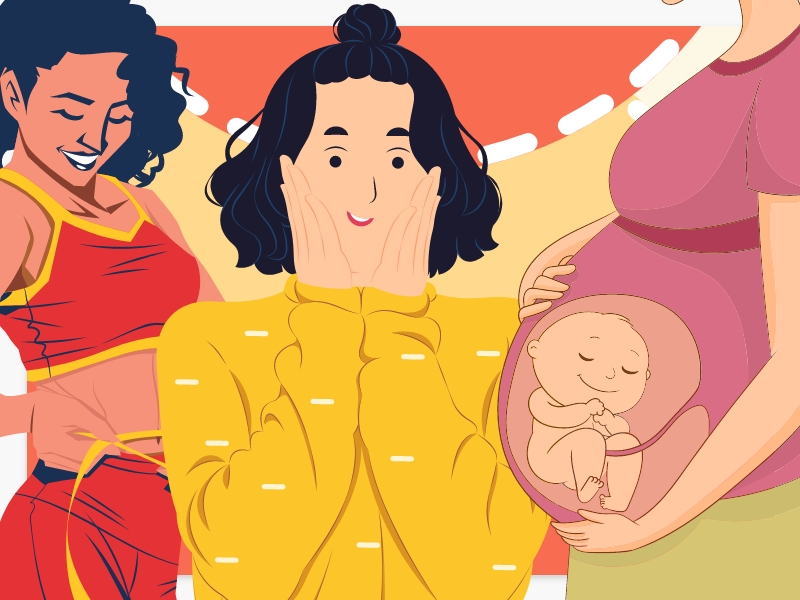 HCG or human chorionic gonadotropin is a hormone produced by the cells that surround the embryo. This hormone can be detected in the urine in 7 to 9 days after fertilization.

During the menstrual cycle, when an egg is released from the ovary at ovulation, the remnants of the ovarian follicle form the corpus luteum, which produces the hormone progesterone. If the egg is fertilized and implants, it produces HCG, which maintains the survival of the corpus luteum. It will then continue to produce progesterone and other hormones that act, which acts on the lining of the womb.

How is HCG Controlled?

The amount of human chorionic gonadotrophin in the bloodstream doubles every 2-3 days as the development of the embryo and placenta continue, and levels peak at around 6-8 weeks of pregnancy. Following this peak, levels of human chorionic gonadotrophin plateau. Once the placenta is built, it becomes the main source of progesterone production and HCG is no longer required to maintain the function of the corpus luteum. However, it may have additional beneficial effects in the latter stages of pregnancy which are currently under investigation by researchers.

Do High HCG Levels be a Cause of Concern?

There is no strong evidence that high levels of this hormone cause direct negative consequences. Very high levels of HCG are rare but can indicate hyper-proliferation of the placenta which can lead to a form of cancer. Rarely, levels of human chorionic gonadotrophin may increase due to non-pregnancy-related cancers that affect the kidney, GI tract, lungs, and breast.

How Does HCG Make You Feel?

Pregnancy hormones are complex. They don’t just help grow a human but also affect your mind and body. The basic job of HCG is to tell the body that there’s life growing in the womb and that the body needs to build a nest for it. It also tells the ovaries to shut off the production line of maturing an egg every month. Symptoms of rising hormone levels can include fatigue, morning sickness, dizziness or light-headedness, breast tenderness, and feeling emotionally sensitive.

In the first trimester, levels of progesterone rise exponentially, and then they plateau. It relaxes all smoothness in the body. It also leads to the relaxation of the blood vessels throughout the body, prompting lower normal blood pressure, dizziness, and GI symptoms like heartburn, reflux, belching, nausea, vomiting, gas, and constipation.

Estrogen is secreted by the corpus luteum until the placenta takes over. It plays a key role in the development of the fetus and it activates the growth of several organs and other bodily systems. High estrogen levels may prompt spider veins, nausea, increased appetite, and skin changes.

What Happens if the HCG Levels are Low?

Low levels of HCG can indicate a failing pregnancy but there are also women who have successful pregnancies regardless of reduced HCG levels. Reduced levels of human chorionic gonadotrophin are often observed in ectopic pregnancies. An ectopic pregnancy is when a fertilized egg implants itself outside of the womb, usually in one of the fallopian tubes. If an egg gets stuck in the fallopian tube, it won’t develop into a baby and your health may be at risk if the pregnancy continues.

The Role of HCG in Men

This hormone can be used to treat men with hypogonadism and infertility. It acts in a similar way to the luteinizing hormone, stimulating testosterone and sperm production in the testes. It can be administered via intramuscular and subcutaneous injection. Side effects can include swelling of the testes, groin pain, and behavioral change.